How to Do a Tornado Kick | Martial Arts Training

How to Do a Tornado Kick

The tornado kick, also known as the triple crescent, is a complex kicking motion that offers two important benefits that can’t be found in straightforward kicks delivered from a planted position. The tornado kick allows the hips and core to develop a high level of torsion, or rotational momentum, which gives maximum force to the impact of the kick.

The tornado kick is distracting to an opponent. While facing a tornado kicking motion, it’s difficult for an opponent to assess where the kick is coming from, which makes the move very hard to dodge or evade. But this presents an additional challenge to the kicker as well—It’s easy to lose control of this kick, which can reduce the focused force of the impact. And of course, aerial kicks must be launched and aimed correctly in order to make contact with their target. An uncontrolled tornado kick or a kick that misses the mark won’t be very effective.

For students learning how to do a tornado kick, the secret is simple: lots and lots of practice. Multiple repetitions will help generate an effective tornado kick, especially under the watchful eye of a teacher or coach who can offer guidance on tornado kicking technique.

Adding the targeted resistance of the Kbands can also help add power, force, and accuracy to the tornado kick. After multiple rounds of practice and repetition with the Kbands Resistance Bands in place, the muscles of the legs, hips and core will develop the strength necessary to kick with powerful force. And in the meantime, the body will develop balance and muscle memory that will make the tornado kicking motion feel very light and fast after the bands have been removed.

How to Do a Tornado Kick: Preparing for the Kick

Before beginning an effective practice session, martial arts practitioners will need to warm up the muscles of the upper and lower body and stretch properly in order to achieve a full range of motion. Viewers can visit the martial arts section of the KbandsTraining.com site for a video tutorial on martial arts stretching and warm up exercises, and after activating and stretching the muscles, users can attach the Kbands to the upper legs.

Users can place the straps around the leg just above the knee and then clip the Kbands Resistance Bands to the metal rings of the straps.

How to Do a Tornado Kick: Step By Step Instructions

To being the tornado kicking motion, students can move into a sparring stance. The feet will be planted and the arms will be raised and bent at the elbow with the hands open and relaxed. The right leg will rise up with maximum force into a kicking motion, with the knee tightly chambered to the chest.

The right leg will move across the front of the body and the right foot will come down on the opposite side. The planting of the right foot will feel awkward at first, but as the right foot lands, the feet should actually be close together. Viewers can watch the video carefully to see the ideal proximity of the feet after this initial tornado kicking motion.

The left leg will be lifted at the hip and extended about half way out from the body. This leg will be used to build the power that radiates from the core, but very soon after it leaves the ground, this leg will come down and plant the body while the right leg delivers the kick. 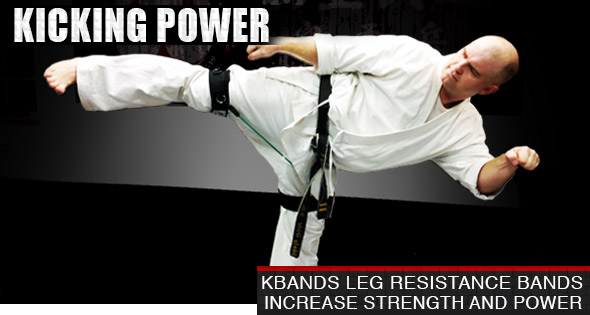 When broken down into individual components, the tornado kick actually appears to be three kicks, though the first two are simply used for placement and the generation of momentum. Kick one: the right leg rising from the sparring stance and moving across the body. Kick two: The left leg rising and crossing the body as the student rotates 360 degrees. And finally, kick three: the right leg rising from the ground and delivering the blow at the height of the opponent’s face.

The third kick will be most effective if it capitalizes on the momentum generated by the second, and if it rises high enough to reach the target. The third kick should also land in a controlled motion. Again, the secret to effective tornado kicking will be multiple rounds of practice and repetition. Coaches and instructors watching students execute the tornado kick will want to keep a close eye on balance, control, and a body that stays centered at the core. At all times, the student’s eyes and attention should stay focused on the target, not the ground. This kick will be much easier and more coordinated if students work beforehand to stretch, warm up, and maximize the full range of motion.

Tornado kicking is also easier if the body is relaxed instead of tense. When the shoulders pull in and the body stiffens, students may have trouble concentrating on the target. For more tutorials, videos and tips that can help martial artists perfect their areal kicking techniques, explore the resources at Kbands Training. com. Specifically, students working to add power to the tornado kick can find a strength and conditioning video that focuses on areal kicks and tornado kicks.