Hamstring Exercises for Strength and Speed

Hamstrings Are Still Part Of Your Legs

Leg day is the quickest way to watch a person’s training discipline disappear. When done right leg day makes it hard to walk, sit, and do just about anything other than sleep - and even that’s not the most comfortable thing in the world. However, leg day is probably the most important part of any program due to our inclination to be upright, and hamstring exercises should be a part of that.

The lower appendage which we rely so much on is generally made up of 2 pairs of complimentary muscle groups: the calves and shins, and the quads and hamstrings. Being complimentary means they work to perform opposing actions on the joints they cross. The problem is; for many of us, working the pushing muscles (calves and quads) comes easy. However, when it comes to exercising the hamstrings and shins we come up short. Well let’s save shin exercises for another day and instead focus on hamstring exercises for strength.

Benefits Of A Strong Hamstring

Generally speaking, hamstrings aren’t the most sexy of muscles. They don’t normally turn a head like a glute will or make a person feel powerful like a set of biceps can. However there might not be another muscle in the body that is as important to leg health generally, and knee health specifically as the hamstring. Let’s first look at where the muscle is located so we get a better idea of what we’re working when we do hamstring exercises.

Place your hand on the back of the leg; all of the meat there is the hamstring (three muscles which are combined and called the hamstrings). Now run your hand down to the back of your knee and raise your heel towards your glute. The two tendons on the outside of the “knee pit” are the insertion points of those hamstring muscles and are a big reason why hamstring exercises are so important. Due to the location of these tendons, a strong set of hamstrings will give the knee joint lateral stability and balance. Additionally, if we are already working on our quads by doing movements like leg presses, lunges, or squats to name a few, then we are doing a disservice to the hamstrings by creating an imbalance across the knee joint.

To properly exercises the body we should always include a push and a pull movement across each joint we work. If you’ve ever gotten shin splints than you have experienced the reason why. In the case of quads and hamstrings, an overly powerful quad can put more strain on the knee than the joint can handle. By doing hamstring exercises for strength the hamstring is better equipped to properly align the knee joint and stabilize it during high intensity knee movements. This means strong hamstrings make athletes quicker, more stabile in the knee, and less prone to injury.

To build up the hamstring the knee joint will be doing a pull motion, or the lower back will be doing a straightening motion. Hamstring exercises like the hamstring curl and suspended hamstring curl will engage that pull motion and likely feel a little unnatural if you haven’t been working out this muscle group enough. Follow the video above for a great routine that maximizes your hamstring workout, and focus on pulling those legs all the way through their range of motion for the most benefit. 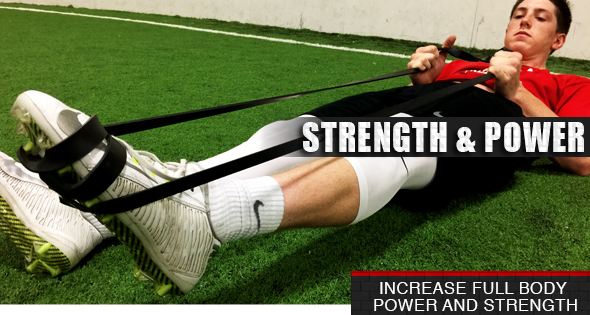 Inventory The Rest Of Your Underused Muscle Groups

Are there any other muscle groups you underutilize? The best way to identify them is to walk through a normal routine and name the muscle groups normally targeted. If you find a focus on pecs and shoulders, but no back/rear shoulder motions it’s time to start incorporating them into your routine. If there is a lot of ab work with no back extensions then you know where to train next. All of these chronic imbalances will lead to unstable joints and pain through the range of motion at some point. Balance out your exercises to get a more healthy result and a stronger more pain-free body.