Passing skills are essential to any successful soccer game, and while plenty of soccer passing drills emphasize pass delivery and partner work, it’s just as important for players to learn how to receive the ball and hold onto it with a light touch and no loss of momentum. This soccer passing drill, called the soccer wall ball drill, allows players to work on both delivery and acceptance of the ball during a pass. And instead of relying on the skills and help of a partner, players can execute this drill individually with the help of a wall.

This drill is quick and simple, it supports necessary skills for both offensive and defensive players, and the fundamentals are easy to learn. Soccer passing drills like this one make great soccer drills for kids. And this exercise can either be worked into a regular team training program or executed once as a team and later on an individual basis as players practice on their own.

This drill will help develop coordination in the feet and controlled balance during the pass. Players will need to pay close attention to the speed and direction of the pass, since the ball will ideally strike the wall in the same small area during each bounce. This drill won’t require very much equipment and will take only a few minutes to execute, but with consistent repetition, the results can be very impressive.

The only critical equipment that soccer players will need for this drill will be a ball for each participant and a sturdy wall. Players should choose a wall that provides a consistent bounce, meaning a wall with several continuous yards of hard surface. Players can warm up and stretch before the drill, and they may want to execute some quick juggling moves to activate coordination between the eyes and the feet.

Players will begin the soccer ball passing drill by standing about six to ten yards away from the wall and facing in the direction of the wall with the ball on the ground in front of the feet. More advanced players can start with a greater distance from the wall, and beginners can move a bit closer. 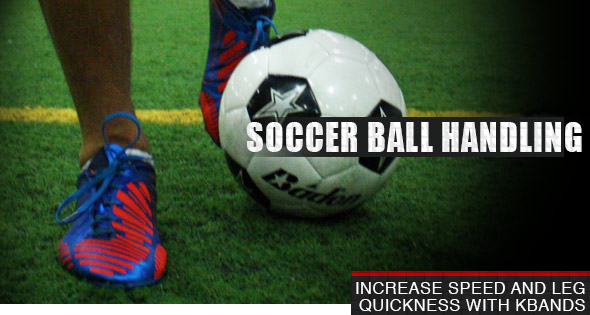 Passing with One Foot

The drill will start with the left foot. Soccer players will send the ball toward the wall with one kick hard enough to bring it all the way back on the return. As the ball covers the complete return distance, players will arrest the motion of the ball with the left foot. After settling the ball, athletes will send it back toward the wall using the instep of the left foot. This motion will be repeated for six to eight reps. Then players can execute six to eight more reps using the right foot for both the settle and the return pass.

After six to eight reps of settling the ball with the left and passing with the right, players can switch feet and complete six to eight more reps on the other side. At each pass, soccer players should pass close attention to controlling both the direction and speed of the pass. Athletes should choose one small section of the wall as a target and should aim to bounce the ball off the same target area at each pass.

At this point in the drill, soccer players will pick up the pace by eliminating the settles and using direct touches to return the ball to the wall at each rep. Players will begin this exercise with the right foot, sending the ball into the pass with the instep of the right foot. As the ball returns from the wall, players will not settle, but will simply send it back again with the right instep. Athletes can use the right foot for six to eight reps before switching over to the left.

For this last section of the drill, players will need to move quickly and demonstrate sharp reflexes in order to deliver a controlled pass directly to the target area without settling the ball. The challenge of the move will increase if the pass is delivered to the wall with greater speed.

As mentioned above, this soccer passing drill can be worked into a regular seasonal training program once or twice a week, and players can be encouraged to repeat these moves on their own. This drill is just one of a growing set of soccer drills available on KbandsTraining.com for both beginners and advanced soccer players. Players and coaches can visit the soccer training section of the site for more exercises that build passing, shooting, scoring, settling, juggling, and general ball handling skills. Some of the drills on the site are targeted specifically to offensive or defensive players, but like this one, many of them emphasize skill sets that benefit players in every position.

Kbands drills are demonstrated by experienced trainers and advanced athletes, and they provide skilled visual examples of ideal body position and drill execution. In addition to soccer, the site also offers training resources for a wide range of other sports, including baseball, track and field, basketball, and lacrosse. And of course, Kbands Training.com provides of information and purchasing resources for resistance and suspension training equipment like the Kbands, KB Powerbands, and KB Duo. Visit the site and start training today.