The 4 Corner Point Drill is a great drill to build agility and football awareness. It trains football players to stay balanced and react to vocal and directional cues. By building lateral and linear speed, football players can enhance their ability to react to any situation on the football field. Whether the quarterback drops back for a pass, or a running back fumbles the football, football players will react with no hesitation when mastering the 4 Corner Point Drill. Watch the video below and listen as Trevor Theismann explains technique and drill format to maximize results. 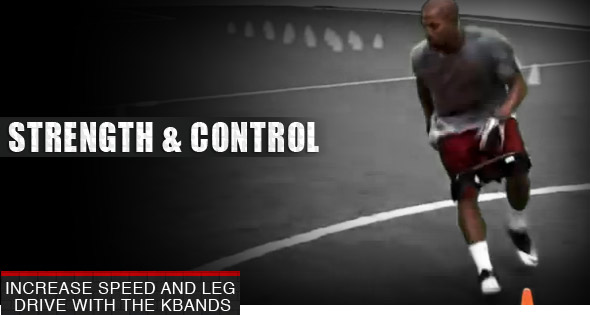 New to the 4 Corner Point Drill | Football Coaches and Trainers

During the 4 Corner Point Drill it is important to use this as an agility and field awareness drill. Do not run the football player into the ground with minute conditioning sessions. Simply run each athlete 15 to 20 seconds at maximum speed and end the drill with the football toss. 15 to 20 second reps allows football players to continue to work at maximal speed. This timeframe also trains football players to keep their feet moving for the duration of a defensive play. Mix up the directions the athlete will move each and every rep for optimal results.

For optimal results, football players should complete 6 to 8 resisted reps immediately followed by 4 to 6 un-resisted reps. The time in between each rep should generally be 1 to 2 minutes. Football coaches and trainers working with multiple players should split up their groups to maintain this rest period. If there is only one coach or trainer do not exceed 3 minutes of rest time in between reps. Have additional football players complete other drills offered in the chart below while completing the 4 Corner Point Drill with the proper amount of athletes in this drill. Too much rest in between reps will deplete results.

For football players looking for an overall performance enhancer look to our Athlete Performance Pack. This program will build core strength, leg strength, agility, footwork, and body control in 5 weeks. The program is designed to train athletes at the highest level of training, and offer them a complete package. It will decrease 40 yard times and help with agility testing at college and NFL Combines. Football is a sport that testing plays a major factor in how athletic a football player is perceived. Use our Athlete Performance Pack to better your performance.