Build Core Power And Stability With This Ab Workout Routine

To build great core power and strength athletes need to utilize a wide variety of ab roller exercises to challenge the control and stability of the abs. Greater core power results in more explosive movements especially when it comes to rotational movements like throwing a ball or swinging an object across ones body. Core power helps generate more strength through these movements by generating more stability in the core, allowing other muscles of the body to operate more efficiently.

If an athlete has limited core power they will struggle to maintain a good athletic stance when they are performing actions like swinging a baseball bat or squaring up to tackle an opponent in a football game. As a batter with poor core power swings their bat they have limited control over where the bat will go due to poor rotation by the body. The bat will often be behind the ball as well since limited core power slows down the bodies ability to turn quickly and generate power. A football tackler who has limited core power will often get run over by an opposing player, due to the athletes limited ability to maintain a rigid torso throughout contact. Athletes will also lack lateral quickness and change of direction and may experience a large amount of opposing players juking them and running around them. There are many more examples of situations in which core power can positively effect an athletes performance and just as many examples of scenarios in which greater core power could have helped an athlete have greater success on a given play.

Increased athletic performance should always be an athletes goal and optimal performance during competition cannot take place without the development of core power. The best way for athletes to develop core power is by implementing an ab workout routine which incorporates ab roller exercises, like the Kbands Unbalanced Chop And Roll, or rotational exercises like the ones found in the KB Powerbands Torque ab workout routine.

Unleash Your Core Power With These Ab Roller Exercises

Athletes can build great core power and strength by utilizing ab strengthening drills such as the Plank or Side Plank. However, utilizing circular and liner movements with the body while maintaining this stable position forces athletes abs to work harder in a unique and challenging plane of motion. As athletes perform different movements they will be forced to stabilize through their abs and create greater balance and core power through their abdominal muscles.

To get started on the ab workout routine, the Kbands Unbalanced Chop And Roll, athletes will need to position themselves on a Kbands Training Stability Ball so they are in the Plank position with their elbows and forearms on top of the Stability Ball, their toes on the ground, and the rest of their body is in a straight line with a slightly elevated butt. To perform the first of the ab roller exercises athletes will begin to extend and roll their arms away from their body while maintaining a rigid and straight torso. Once athletes have extended themselves as far as they feel they can maintain control with their abs they will drive their elbows and forearms into the Kbands Training Stability Ball and use their abs to return to the starting position. Once athletes are comfortable with this movement they will want to increase the tempo of the core power exercise. Maintaining a straight line from the head, down the back, and to the toes is critical in using this ab workout routine to develop optimal core power in athletes. Athletes will continue performing the “Chop” portion of the ab workout routine for 12-20 seconds before switching into the next phase of the ab roller exercises, the “Roll” portion.

After the “Chop” portion of the ab workout routine is completed athletes will move into the second part “Roll” portion of the core power exercises. For this portion athletes will assume the same body position, but instead of extending their arms straight out in front of them they will move in a circular motion, slightly extending the elbows but in a more lateral and circular motion than the “Chop” portion of the ab workout routine. Athletes will form circles in a clockwise motion for 12-20 seconds before switching directions and moving in a counter clockwise motion for 12-20 seconds.

All three exercises, the chop, clockwise roll, and counter clockwise roll should all be performed consecutively and with no rest in between them. Athletes should complete 4-6 sets of the entire ab workout routine at the very beginning of a workout, as a warmup, or at the end of a training session to burnout the abs. Take 90 seconds to 2 minutes of rest between sets. 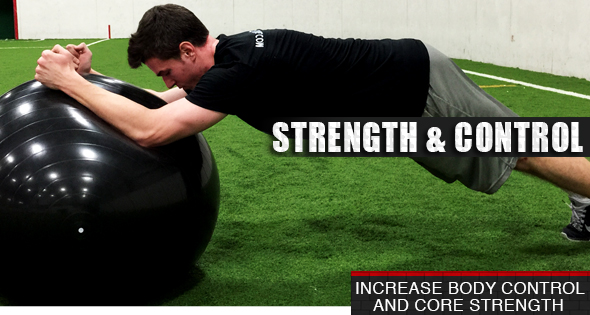 Watch What Your Body Is Doing During The Ab Roller Exercises

When performing the Kbands Unbalanced Chop And Roll athletes, coaches, and parents need to pay attention to what the athletes body is doing and how the body is moving throughout the ab workout routine.

If athletes begin to feel their low backs begin to drop and their hips sink closer to the ground then they have extended their bodies to far. Athletes and coaches should monitor this and reduce the extension of the core power drill so more tension can be kept in the abdominals. Athletes should also maintain a slight pinch in the shoulder blades as they extend and retract their hands and forearms. Athletes should also monitor the direction to which they are extending their body. If athletes are performing the “Chop”portion of the ab roller exercises they should be going straight and not going off to either side. Athletes should control all motions of the Kbands Unbalanced Chop and Roll. Controlling the ab roller exercises is crucial for developing balance and training the core to stabilize the body. 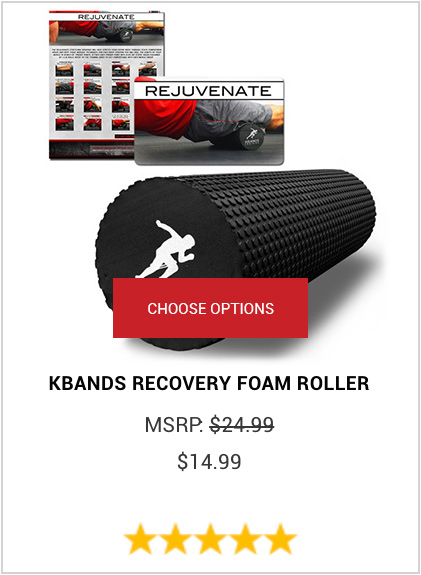 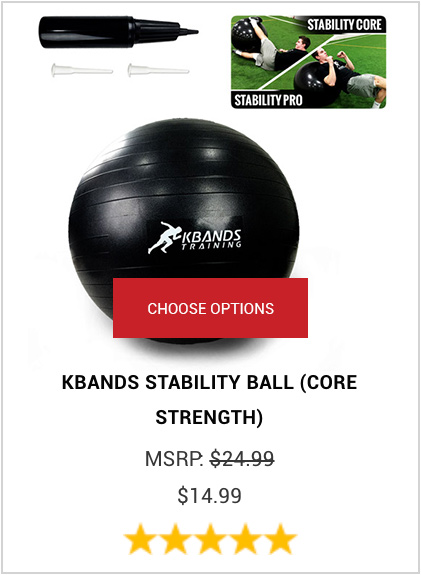 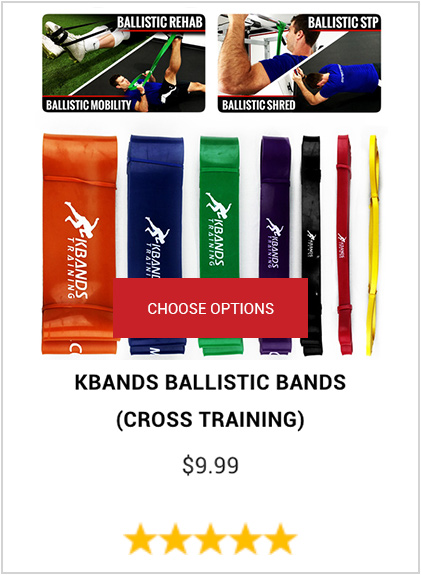 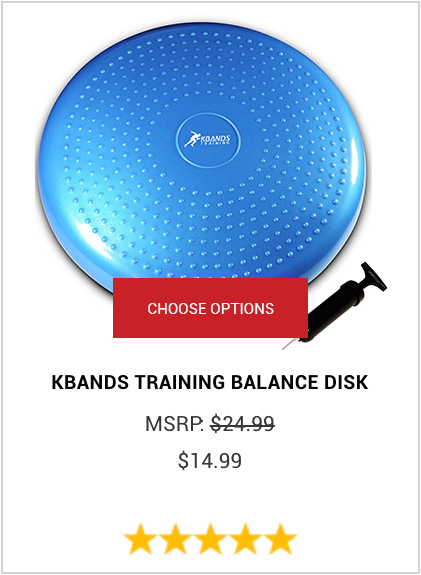